Don Cenobio Sauza first bottled and sold Sauza Silver in 1873. Years later, in 1929, Don Cenobio’s son Don Eladio Sauza added Sauza Gold to the collection. The Sauzas—widely considered tequila’s first family—have long served as industry pioneers and were the first to refer to their spirit as tequila and the first to export it to the United States.

They were instrumental in forming the Denomination of Origin, a law ensuring that tequila could only come from Mexico. Since then the Sauza family has spent decades cultivating the agave and perfecting the art of distilling. Far from it’s humble Mexican beginnings, Sauza Tequila is the fastest growing international spirit brand today.

Embodying the excitement and stateside appeal of the superior quality blue agave tequila, this illustration was primarily created for use as an in-store display for Sauza and was later adapted for use in other promotional material. 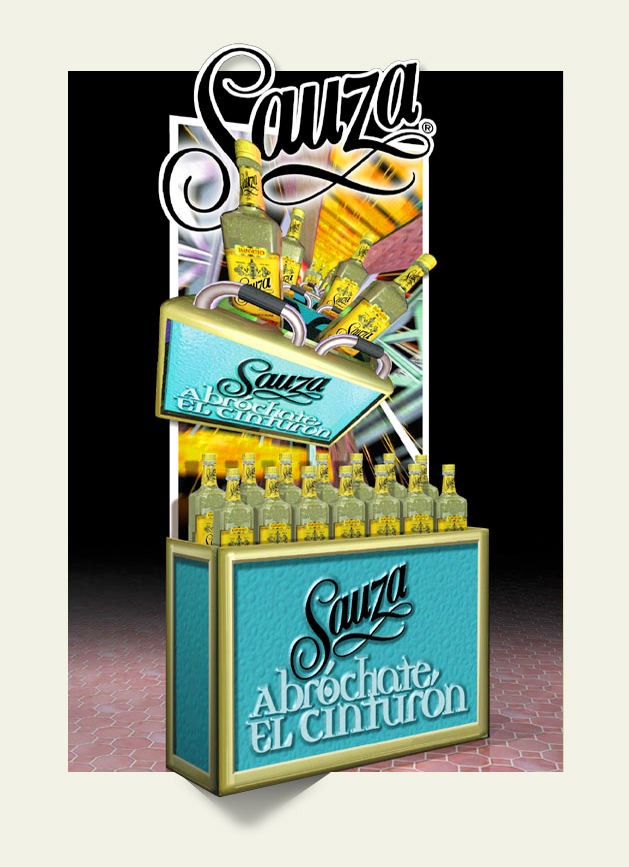