Pope Francis’ Coat of Arms is almost identical to the one he used as Cardinal Jorge Mario Bergoglio of Buenos Aires, except the wide-brimmed cardinal’s hat at the top of the shield has been replaced by a miter, and the papal keys have been added.

The shield has a bright blue background, at the centre top of which is a yellow radiant sun with the IHS christogram on it representing Jesus (it is also the Jesuit logo). The IHS monogram, as well as a cross that pierces the H, are in red with three black nails directly under them. Under that, to the left, is a star representing Mary, Mother of Christ and the Church. To the right of the star is a nard flower representing Joseph, Patron of the Universal Church. With these symbols the Pope demonstrates his love for the Holy Family.

Ampersand created high resolution 3D renderings as stock images for AgnusImages.com to be used in Catholic Publications—both print and online. 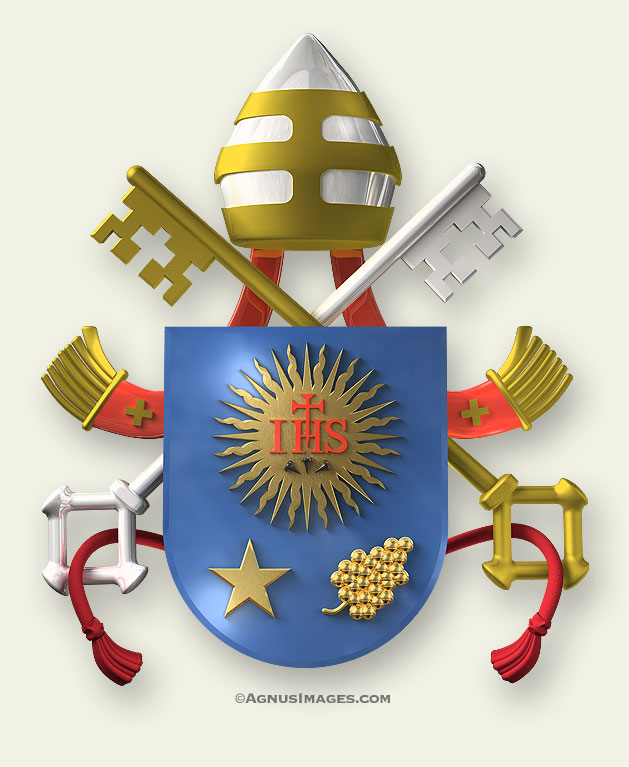 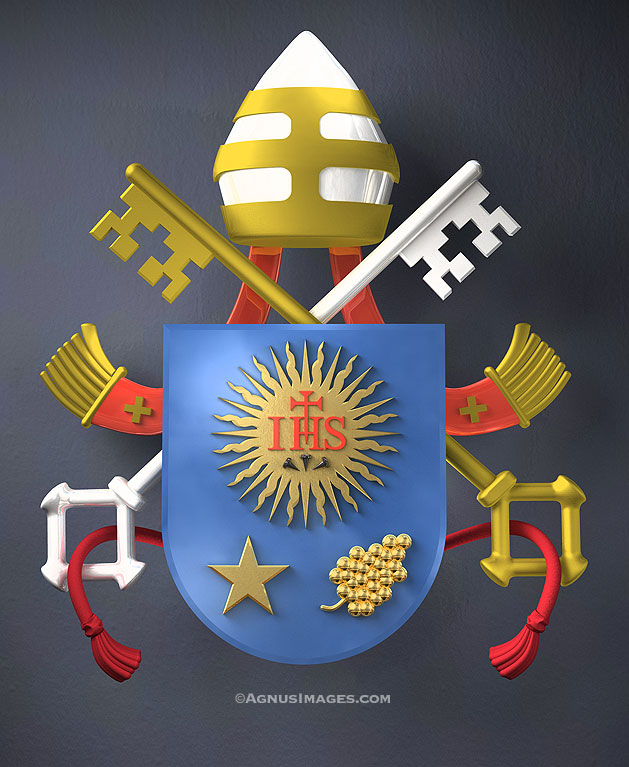 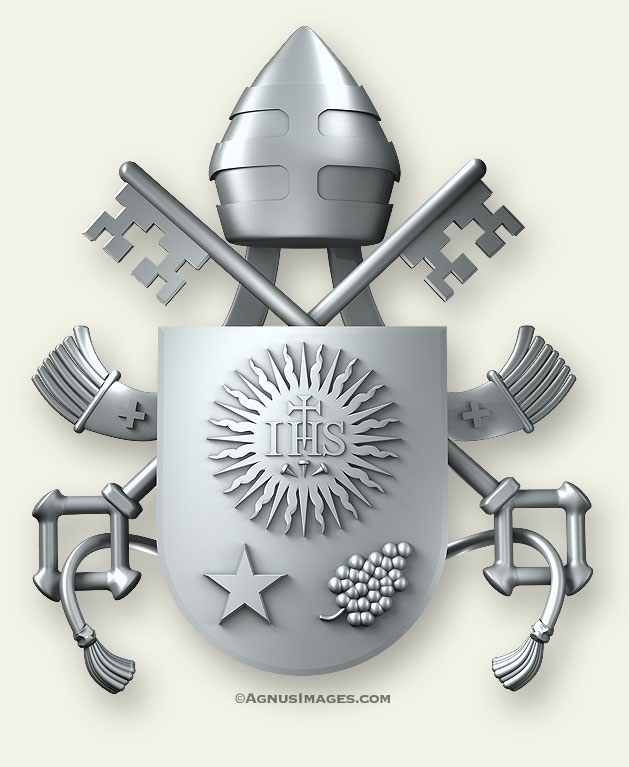 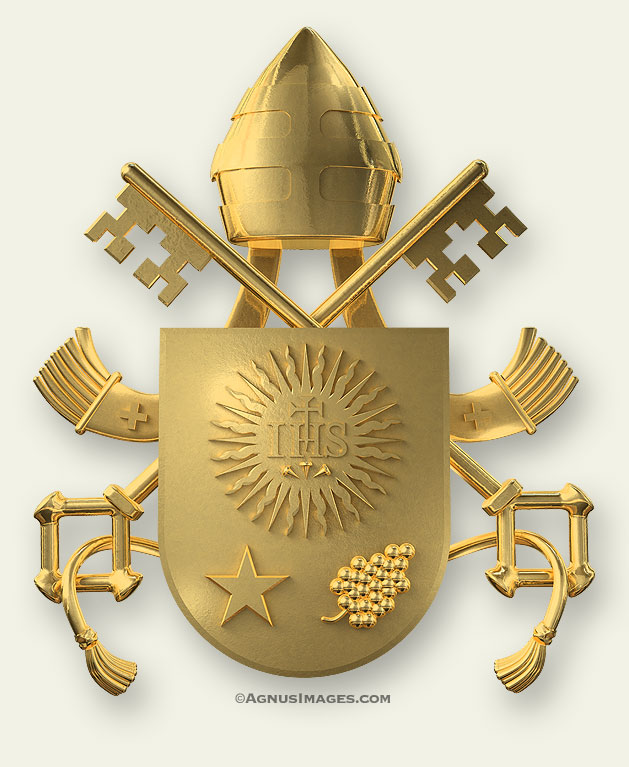 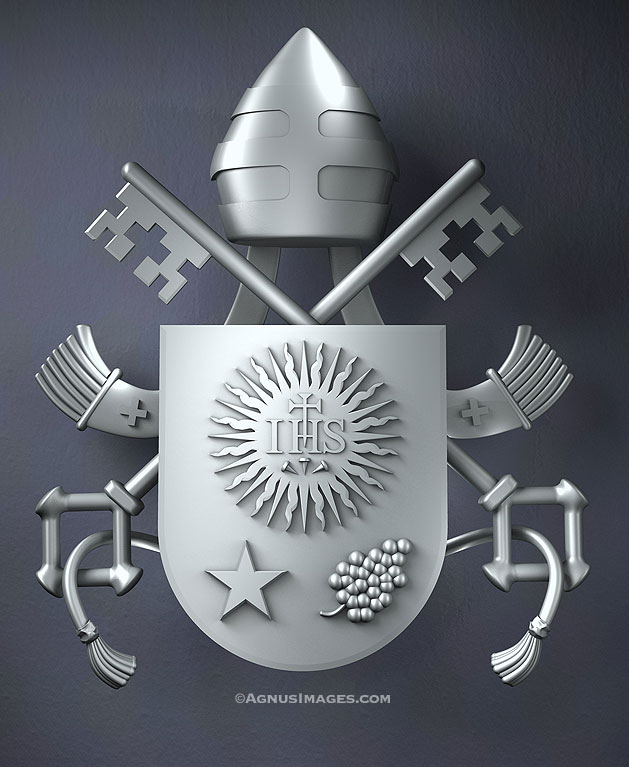