The Focus is a compact car manufactured by the Ford Motor Company. Production started in 1998 and the model is still being sold today. What better way to show the interior roominess of this compact car than to show five adults, comfortably seated, in pachyderm attire.

The camera was set on a tripod and the models were shot in the car. The elephants were asked to leave, and a photograph was taken of the empty car. Registration was easily accomplished in Photoshop and a pachyderm layer mask revealed the better lit cabin shot underneath.

A zooming street scene was easily added outside the windows and rim lighting was rendered around the elephants to make the exterior illumination seem more natural. Some color balancing and interior reflection completed the surreal illusion. 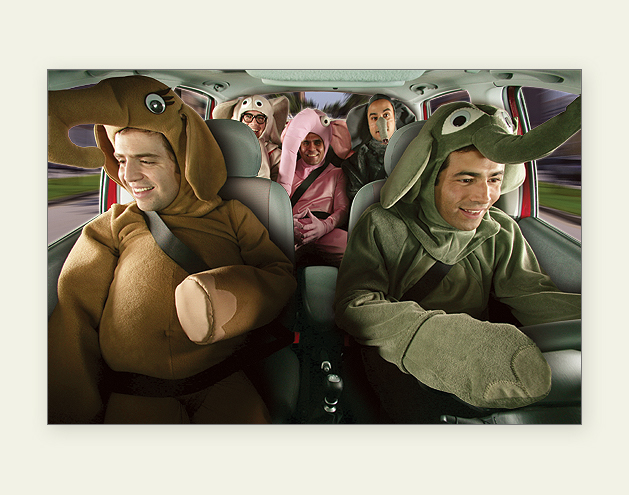 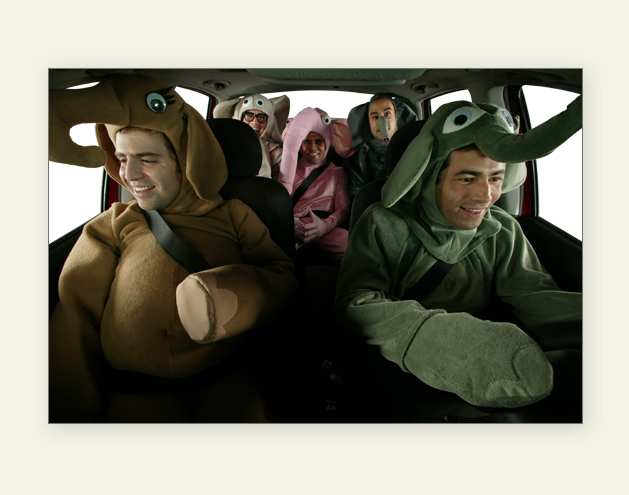 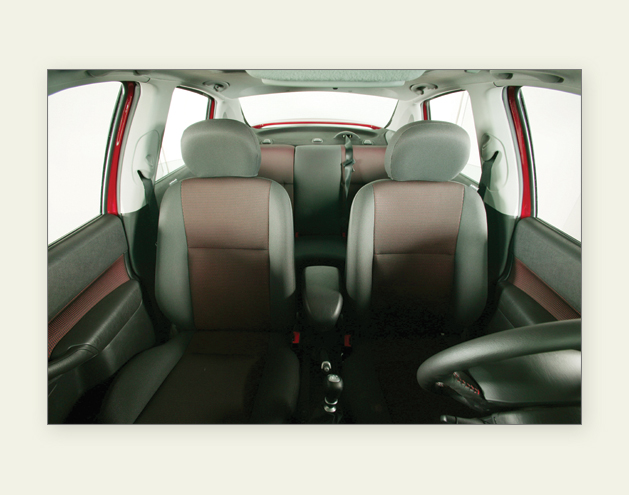 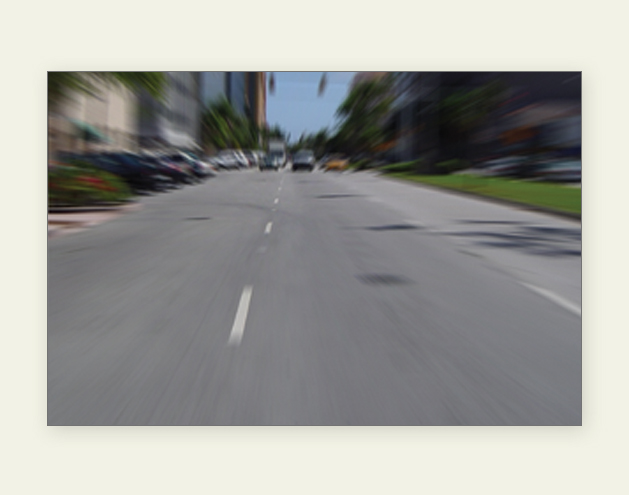